COOLSTAR is an interesting combination of young newcomers – and experienced musicians, formed to feature the work of songwriter/producer Gethyn Jones – working with producer/songwriter and sound engineer, Nicholas Bowen.

The band includes musicians who've had many Top 20 hits between them alongside some young and brilliant players – creating a potent musical cocktail.

The line–up is driven by the needs of each song. “Unlike many bands and artists, we're not confined by musical genre or personnel,” says Gethyn. “Latin, heavy rock, country, ballads – it's a mix and something different each time – and I get to work with great musicians. Here are a few ... (in no order of importance) "

Gethyn Jones: Guitars, Keyboards, Vox
He plays a variety of instruments and contributes to all Coolstar releases. With Jugg Music he wrote music for a variety of BBC and ITV soaps, dramas, current affairs and game shows. More.

Ian Bartholomew: Vocals
Ian is an established and experienced actor - recently portraying the sinister Geoff Metcalfe in Coronation Street for wich he received 4 Soap Awards, including Best Actor, for his role in the soap. Ian has played and performed with bands in the UK and around the world, and has also appeared in many musicals, singing on the original cast recordings of West End shows, working with Stephen Sondheim, Pete Townshend, Don Black and George Fenton among others.

Liam Wakefield: Vocals
As a serving soldier in the British Army Liam saw combat in Afghanistan and deployed all over the world for eight years. Then, from nowhere, a debilitating medical condition brought an abrupt end to his Army career. This spurred him to pick the guitar up again and continue his music career.

Lily Garland: Vocals
Lily is a popular UK country music artist - she performs acoustically and with a full band. She has performed all over the UK and her fan base is growing worldwide by the day.

Mike Hugg: Keyboards, Drums, Vibes
Best known for his continuing work with The Manfreds (Manfred Mann). Mike is an accomplished pianist, drummer and vibes player. He's also a successful songwriter responsible for many hits including the iconic 5–4–3–2–1. Between 1964 and 1979 Manfred Mann scored three British Number One hits – plus two more Number One hits in America plus another seven that went Top 5 and six more that made the Top 10. EG: The Mighty Quinn (Quinn The Eskimo), Do Wah Diddy Diddy ....

Ian Duck: Harmonica, Guitar
A highly respected guitarist and harmonica player – he was guitarist in Elton John's orginal backing band, Hookfoot for most of his early recordings for DJM. He had a global hit single in 1970 playing harmonica on Groovin' With Mr Bloe!

Graham Preskett: Plays anything!
Graham is an accomplished musician, composer and arranger. He arranged part of – and played on Baker Street, by Gerry Rafferty. He's happy on stage too with many appearances ranging from John Williams, through Deep Purple, Mott the Hoople and Gryphon to Hans Zimmer. He played mandolin in the motion picture Captain Corelli's Mandolin – and in Bridget Jones's Diary.

Joe Smith: Pedal Steel
Joe has performed and recorded pedal steel with hundreds of acts and regularly performs up and down the UK. A couple of years ago he went on tour in North America with Grammy-nominated artist, Yola Carter. 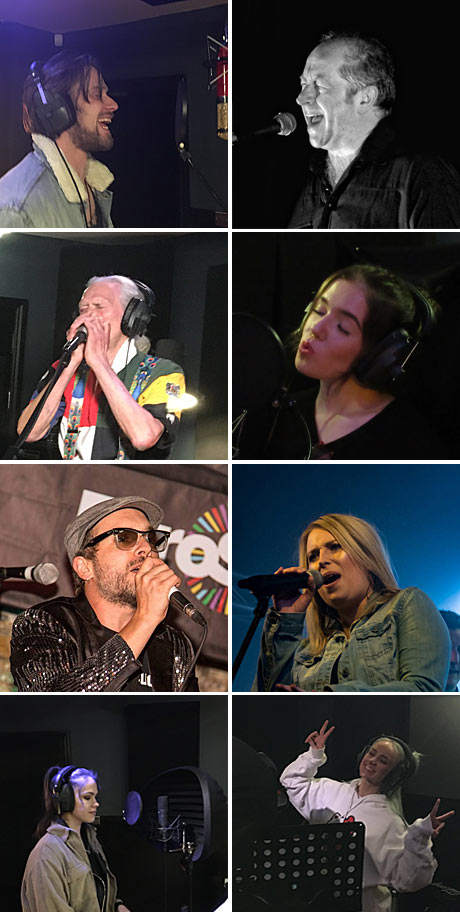